Razer Pro Click Wireless Mouse Review. The Excellent mouse for both office and gaming! in 2022 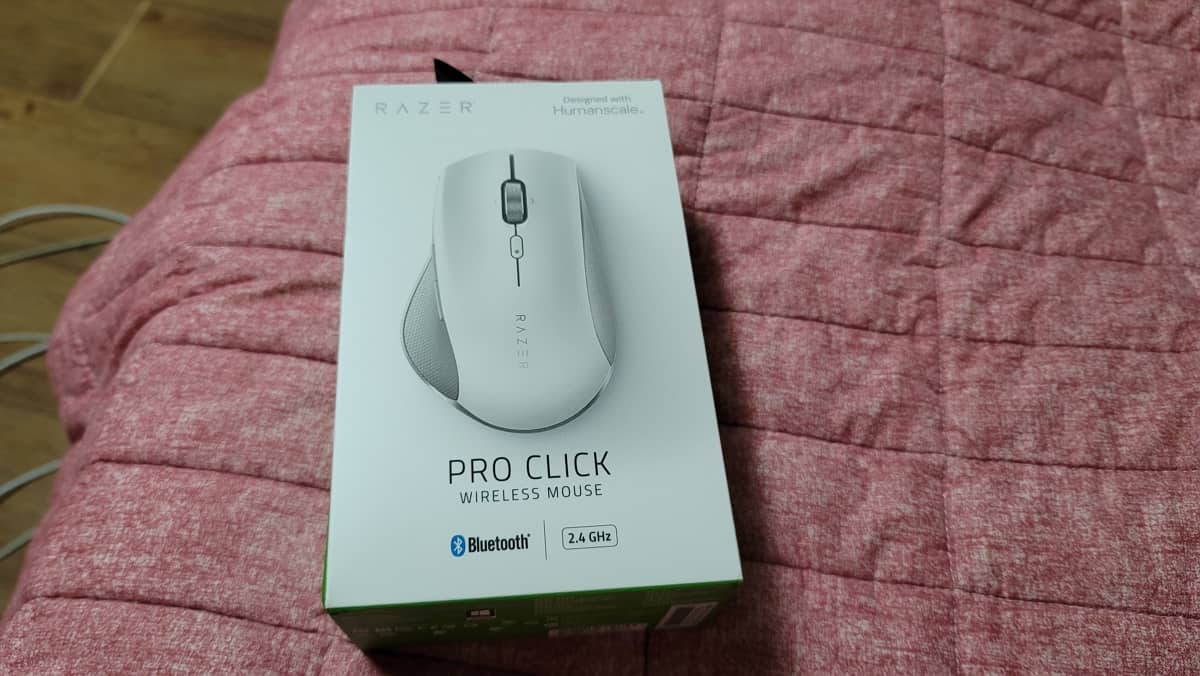 A review of Razer Pro Click Wireless Mouse It's disappointing, but it's a very good mouse

I used Logitech G403 ago. I bought it at a reasonable price, but the performance was very good, so I was using it well. But after using it for 3 years, its condition got worse. There were frequent double clicks on their own, or it lowered as windows if the wheels were going down on their own. So I started thinking about buying a new mouse, and I ended up buying it. This is a razer pro click wireless mouse.

I wanted a gaming product I could use in the office.

In addition, I wanted a Bluetooth mouse that could be used smoothly with both Mac and Windows.

I wanted an excellent product for both gaming and office use as there are more things I use at home, such as blog than just gaming mice. To be honest, the first product I thought of was Logitech's mx anywhere 3, but Logitech felt that gaming was definitely gaming and office use was for office use, so I thought it didn't fit me a little. Honestly, if I had enough money to buy two mice, I would have bought two... If one day I can make a living on my blog... someday...

Anyway, while considering both office and gaming, the other thing I thought important was that it should be wireless and available on both my MacBook Air and my desktop. The razer pro click is a Bluetooth mouse, but it has something like a dedicated receiver. So I thought it would be possible to use it on both computers using it as a dedicated receiver on the desktop and Bluetooth on the MacBook.

It's not only pretty but also ergonomic

First, the razer pro click looks so cool!! Honestly, it's because they promoted it for office use, but even if they promoted it with a gaming mouse, there's nothing lacking in design at least. Oh, of course, there's no RGB that's essential for gaming mice, but I haven't used the RGB function for a long time... And it's not just that the design is pretty, but the mouse comes into your hand.

However, the size of the mouse is not too small, so it may be difficult for people with tiny hands. But this is also the result of some concern about ergonomics. If the mouse is too small, you can barely hold it when you hold it... It would feel like this, but it won't happen even if it's the size first. It's a kind of collaboration product with Humanscale. As you can see from the site, these products are so ignorantly expensive. But if you use laser pro clicks, you will think 'that's why their products are too expensive, and they are famous for ergonomics'.

The razer pro click is made for office use, but because razer is famous for gaming, there's no problem with gaming too.

Honesty, it's disappointing to use on Mac

There is no problem even if you use it for gaming. I've played several games in my way, and the only FPS game on my computer was Team Fortress 2, so I tested it with it and there was no problem playing the game at all. Of course, it depends on the person, so it may feel different for those who have used a lot of good mice, but I didn't have a problem.

Compared to Logitech's products, Razer Pro Click is disappointing to use on Mac. Logitech's mice are even better to use because it has a function that transfers files directly between computers when using the same Wi-Fi. But some people can't just use razer synapse in Mac, and they say the basic settings are already saved in the mouse. The razer synapse only has a Windows version... Even if there is no razer synapse in Mac, the basic setting of the mouse is saved, so you will have no problem unless you have only Mac and you can't use synapse at all.

But when I actually used it on a Mac, I found a strange problem, which is that the mouse wheel moves in reverse. It's like when you operate a helicopter or airplane in a game, you have to put the arrow keys down so that the plane or helicopter floats up... Is it like that maybe?

Would it be okay if I get used to it? I thought about it, but on Windows, you manipulate it intuitively, right? Probably not... If you know how to solve this problem, please leave a comment.

The razer pro click is practically only chargeable with a dedicated charging line...

I really liked this laser pro click, but I felt a huge drawback in the somewhat unexpected part. The mouse's charging port itself is USB type A, but it's the way to the charging terminal. There's a part that popped out of... This is really hard to say; in conclusion, I've actually made it possible to charge only with the charging lines they provide... Why the hell are you doing this??? The sound comes out of itself.

I think they made it like that to use the mouse charging terminal fixed so that it will prevent the disconnection when we use the mouse, maybe... However, it can be charged only with their products... We need to cut the protruding parts inside to use the other charging line, but it is too hard to do it... This is not a normal task... It doesn't seem to be crispy with a cutter knife, so I think I should do tiresome works. That doesn't mean I should buy a separate charger because of that. I don't know if they sell it. Therefore, it is necessary to keep the basic charging line carefully.

Razer Pro click is strangely low in battery when using them.

There are probably some other disadvantages to being a wireless mouse too.

It's my first time using a wireless mouse. All the mice I used before were wired. It hasn’t been that long since gaming was close to wireless. These days, the technology is so good that even professional gamers use wireless mice. The Razer pro click says it lasts 400 hours for promotional purposes, but this is what wireless mouse used to be like this or the battery is strangely fast. To be exact, you have to slowly charge it if you're about to forget it.

In addition, sometimes the mouse cursor disappears and does not appear when you move the mouse. If you don't use the mouse for more than a certain amount of time with the mouse's own settings, the cursor will probably disappear to save the battery. So far, I can understand, but sometimes it's a bug or even if I shake my mouse doesn't get the cursor. I don't know why they made this part like this. They need to upgrade the firmware.

Razer Pro Click can be one of the best mice for those who fit the purpose.

As I mentioned earlier in the article, if you have enough money, or if you are an early adopter, Razer Pro Click may be best to have a mouse for each purpose. This product is for those who want to buy an office mouse like me, but also want to take care of gaming. Therefore, it may be one of the best mice to use for this purpose. People who think, why do we have to use two mice will use it very well. What I intended before using it... It's a disadvantage to using it on Mac, but I'm satisfied to some extent because the mouse itself is good.